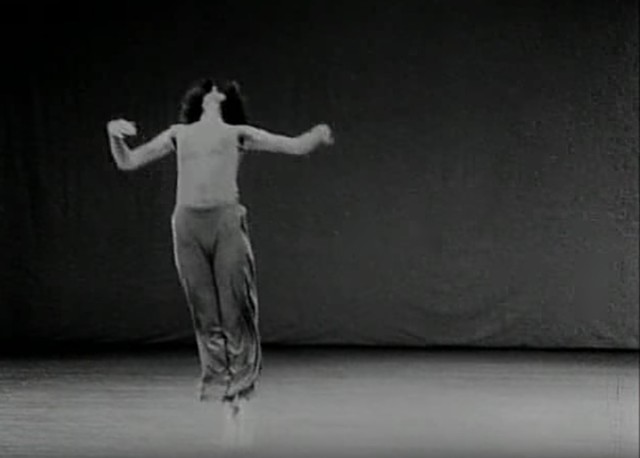 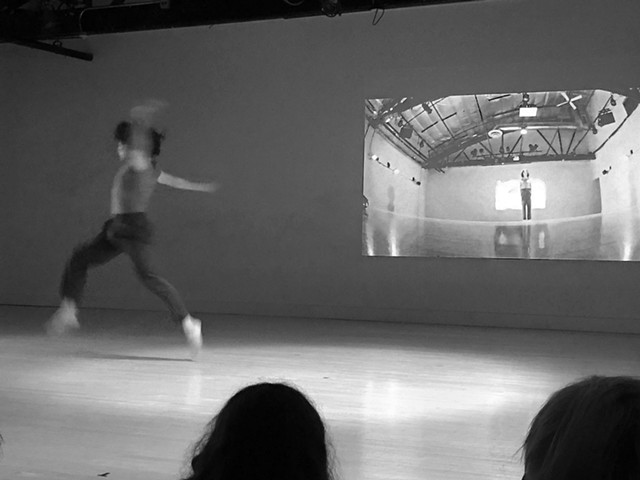 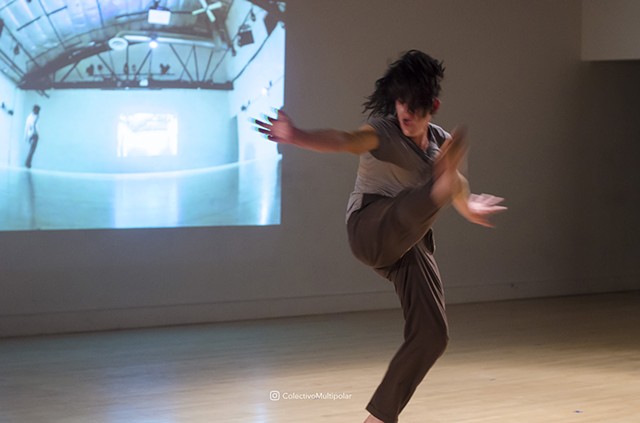 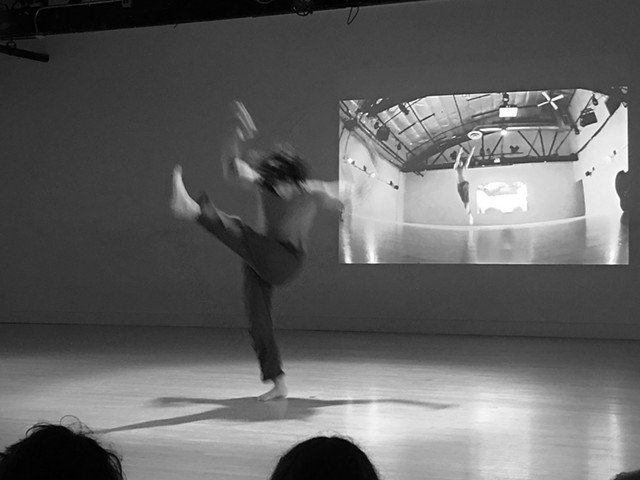 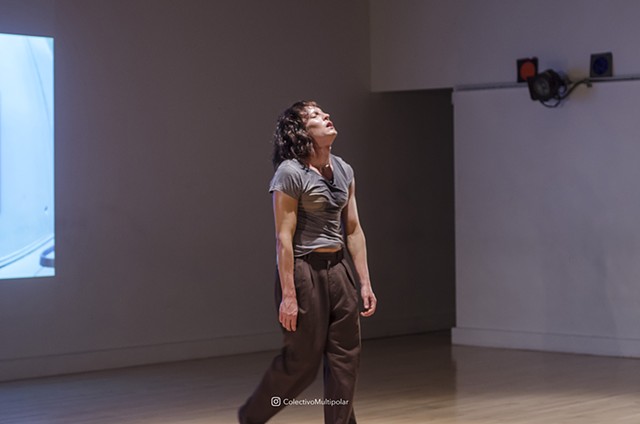 WRAITH- a ghost or ghostlike image of someone, especially one seen shortly before or after their death.

WRAITH was a reenactment of the dance film of Brown's dance "Watermotor" by Babette Mangolte (1978) I wanted to both learn the dance and recreate the look of the document. Trisha Brown's wild hair masking her face her athletic leaps and queer attention to detail, her movements carving into time a joy and grace.

During the performance I utilized a consumer security camera to simultaneously record and project my movement into the performance space. Video Valence created a 10 to 20 second delay between action and its projection behind me.